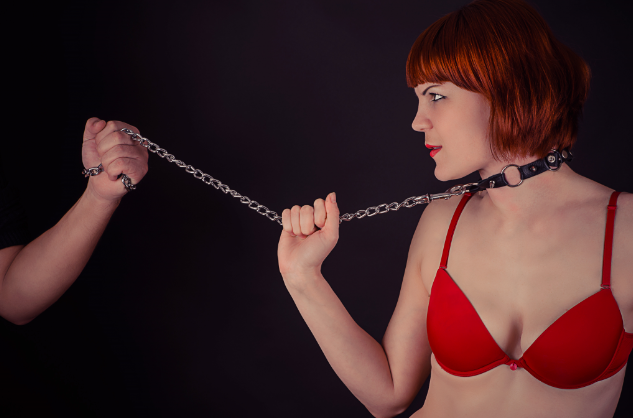 Ignoring A Safeword And/Or Limit

The Idea That You Need To Be Broken

Often there is this idea that a new submissive needs to be broken, just like someone might break an animal. The dominant feels like they need to break the sub down in order for them to properly obey. This frame of mind can be dangerous and should be a red flag. That is, if they don't have a plan.

A dominant who wants to break down their submissive should also have a plan on how they are going to build their submissive back up again. The plan should be very solid and should inspire confidence in you. Some professionals say that the dom should have people who are willing to testify to their experience before you ever let someone do this.

Block You From Social Media

Social media is an invention that is relatively new and there are people who don't want to participate in the great online network for legitimate reasons. However, if a dom tries to block you from all kinds of social media and communications without your consent, that is a red flag. There are plenty of dominant people out there who will attempt to block communication because they are scared that you might be talking to someone else.

With modern technology, be aware that it is possible for a dominant to block your communication without your knowledge. If all of a sudden you can't talk to people online or your profiles disappear, it is time to take a look at what might be causing it.

Do They View You As A Person?

Each and every person should be recognized as such, even if they are a submissive. There is nothing that can take someone's human rights away. If a dom tries to say your opinion doesn't matter because you are a sub, or if they try to assert that you have a lesser status in your social life because you are a sub, it is time to take a serious look at the relationship.

No matter how alluring it may sound at first, nothing is worth giving up your basic rights as a human.