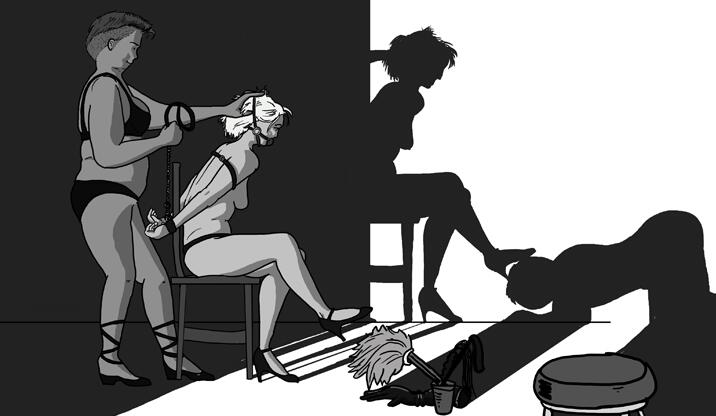 Submissive is the person that likes to be controlled or in the bottom position. The amount of submissiveness can vary greatly as can the roles. The common abbreviation for submissive is a sub. Like with Dom's, subs will commonly have other terms depending on the roles. Using the same logic as the above, in a DDlg relationship a sub may be called baby, sub, brat, or a similar term that fits well with the role of being a baby girl.

At this point some people might be asking themselves, "but what if I like to be both a Dom and a sub depending on the interaction?" That is a perfectly acceptable question and you wouldn't be alone. There are plenty of times when people switch their roles depending on who they are with, the scene, or what they are feeling. This is where the word switch comes into play.

Another one of the reasons that the switch isn't often discussed is the fact that most people ask, "are you a Dom or sub?" It is an either-or question and they don't tend to include switching in there anywhere. Society tends to view things in polar opposites so that you are one or the other but rarely is that true.

You Should Try It at Least Once