Let's take a look at some of the things that you should know about a dom/sub relationship. 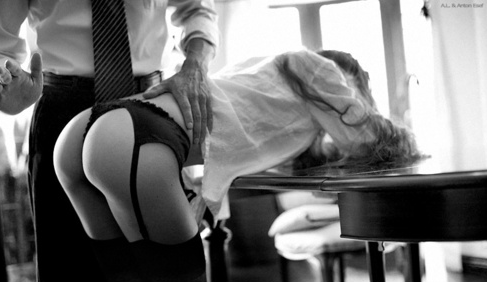 People Can Still Love Each Other

There is a misconception that a lot of dom/sub relationships are simply about the sexual experience. While some are like that, there are just as many dom/sub relationships that are also based on love. In fact, many "vanilla" relationships also have an aspect of dominance and submission. Someone tends to take on the role of the dominant in bed, even if it is unspoken.

Both Parties Have Power

A dom/sub relationship is often referred to as an exchange of power for this reason.

From the outside a lot of people think that a dominant is given free reign over their submissive. They are, but only to an extent. Before a dom/sub relationship starts, the two cover their limits. Limits are simply what you don't want to be a part of. Oftentimes this comes in the form of soft limits, which can be pushed, and hard limits, that are set in stone.

Not Every Moment Is Spent In Dom/Sub Mode

In many dom/sub relationships, the dominant/submissive play ends when the scene ends. Or when they exit the bedroom. Most of life is spent agreeing to what they want to do. They are regular people too, just like you. However, they may show signs of their dominance or submission even when not in role.

There are exceptions to this but they need to be discussed beforehand so that both parties understand what the limits are.

Oftentimes it works out so that the people who enjoy being dominant are not the ones that you would expect. Sometimes timid people like the ability to be dominant in bed. Reversing that, some of the most normally dominant people like to let go of the control and become submissive in bed. It is typically pretty hard to stereotype a dominant or submissive person.

Dom/sub relationships come in a variety of forms. Just a few examples are daddy/daughter(and variations thereof), Master/slave, Teacher/student, etc. These are obviously roleplayed roles but the relationships that they take on shape the overall dom/sub relationship and what transpires from it.