Since the creation of the internet, a big portion of the websites have been dedicated to dating and sex. It isn't surprising. One thing that the whole world has in common is a desire to find their match. Many of the dating websites on the internet are dedicated to traditional dating experiences. These are the websites that you have probably heard of, such as Match.com or OkCupid. But they aren't the only dating sites out there. 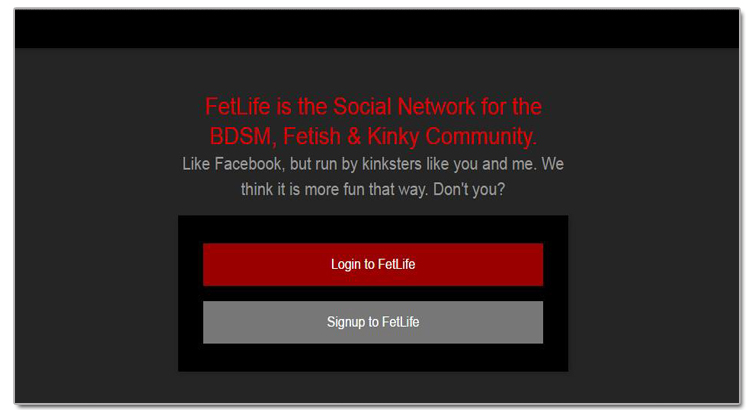 FetLife is The Life Of The Party

The easiest way to meet new FetLife members is to go to events that are listed under the events tab or to use the groups tab. Groups on FetLife are very important. You can find a group for just about anything, including local area personal ads. Personal ads work much in the way that Craigslist used to work. In fact, since Craigslist stopped offering personal ads, the number of users on FetLife has likely gone up as people search for an alternative.

FetLife also lets you browse through photos that have been recently posted by other users, a kinky and fun experience. To view all photos and to view videos you will need to upgrade your account to a paid account.

Over three and a half million users are available on FetLife. That number has continued to grow as more people embrace their kinky side. The amount of users has grown since Craigslist shut down its personal ads but also since Fifty Shades of Gray and similar books gained prominence. Movie adaptations of Fifty Shades of Gray have also helped in boosting the numbers on the FetLife website.

You will find that out of those millions of users you can find someone interested in everything. FetLife is great for this reason alone. You can find people who are interested in just about anything. Popular kinks include things such as bondage, humiliation,and domination. Those are only the major ones. In 2017, FetLife had to make moves to remove more "extreme" kinks at the request of their bank. This has just removed such kinks from public view on FetLife. Users still communicate about extreme kinks through private messaging.

Unlike almost any other dating site out there, FetLife allows you to use almost all of the features of the site for free. Many users access and use the website without paying anything. In order to get complete access to the FetLife website, you will need to upgrade to a premium account. Premium accounts cost $5 a month but can only be purchased in bulk, for example, as a six-month plan. When you look at the $30 cost of a sixth-month plan, you might initially think that expensive, but it is far cheaper than almost any of the competition out there.