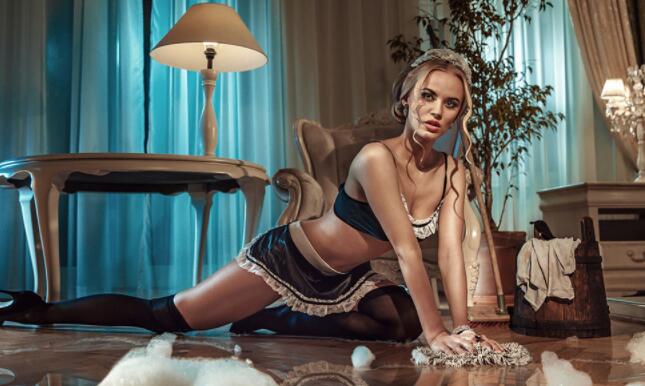 It should be noted that there is a midground between dominant and submissive known as switch. A switch, as the name implies, switches back and forth between roles. A slave can in fact be a switch but will typically only be referred to as a slave when they are actively being a submissive.

The Role of the Slave

As we mentioned above, the slave plays the role of the submissive, a pretty logical role for the title. Typically they have to perform tasks, follow rules, and otherwise obey their dominant. The dominant in a slave relationship is known as a master, owner, or similar title, depending on that specific relationship. In most relationships, the slave is viewed as property but in a loving way, it is the responsibility of the dom to take care of their property.

An interesting aspect is that while most slave relationships only engage in slave play in the bedroom, this isn't always true. In some relationships, the dominant partner is dominant all the time or during agreed times, including outside of the bedroom. This kind of play has to be thoroughly discussed and managed carefully as you do not want to expose unwilling parties to the scenarios you have.

The Slave Has Control

People quite often argue that it can't be healthy to engage in sexual play where one person takes on the role of a slave. Without diving into the roles and the play, it can sound weird. There is no truth behind that argument though. As long as the play is consensual and safe it is perfectly healthy and normal to engage in any kind of kink play.

Safety as a Slave

So while we discuss some basics here, it is incredibly important to keep in mind that each time you are with a new person you will have to discuss your roles and desires. A healthy discussion can be quite enjoyable and will set the groundwork for an amazing relationship. Even if it is a casual relationship.